An Office For Rent

Disney fans and historians know that 1923 plays a significant role in the Walt Disney Company. It’s the year that a young Walt Disney relocated from Kansas City to Los Angeles to pursue dreams of animation and filmmaking. His Laugh-O-Gram venture ended in bankruptcy, and it seemed that a fresh start - a blank canvas - in Los Angeles was the ideal way to reboot his dream. Older brother Roy was already in southern California so the prospect of family made the decision easier. The legend goes that Walt arrived to Los Angeles that summer with all his worldly possessions in a cardboard suitcase, $40 in his pocket, and ambitious dreams. The initial working space was borrowed from their Uncle Robert, whose garage at 4406 Kingswell Avenue can perhaps be claimed as the origin of The Walt Disney Company, where Walt cobbled together an animation camera rig.

The young entrepreneurs needed office space but were tight on funds and couldn’t venture far. The solution was nearby on Kingswell. They rented a room from the Holly-Vermont Realty office for $10 a month. On October 16, 2013 Walt and Roy signed a contract with film distributor Margaret Winkler to create a series of films known as the Alice Comedies and the Disney Brothers Cartoon Studio was born. They soon outgrew the realty office room and relocated to another address on Kingswell. Within two years, they were expanding again to the Silver Lake region of Los Angeles. The Walt Disney Studio, as it was then called, made its home at 2719 Hyperion Avenue. For the next twelve years, Walt’s animators at this seminal location created Oswald, Mickey, Donald Duck and the beginning of the Silly Symphonies and the groundbreaking animated feature film, Snow White and the Seven Dwarfs. The profits from Snow White were plowed back into the company when Walt and Roy created from scratch a working studio to fill their every need. This facility, in Burbank, has been the home of the Walt Disney Company since 1940, where Disney has created animation, live-action and television classics. The genesis of the Disney theme parks took root in Burbank as well.

With so much of the classic Disney products coming from Burbank and the now-gone studio at Hyperion, it’s easy to forget the company’s humble roots on Kingswell Avenue. However, Disney fans on both coasts can find a subtle tribute to those early years.

At Disney’s Hollywood Studios, in the Echo Lake section, there’s a service door on the backside of Keystone Clothiers. It’s used only by Cast Members, but Imagineers took the extra step to dress it up for the region and to reflect Disney history. The door label reads Holly-Vermont Realty, Hollywood, Beverly Hills. It honors the realty company that gave Walt and Roy their first office space. The name, no doubt, was picked to identify the locale. Hollywood is a central component of the Los Angeles ethos, and Vermont Avenue runs perpendicular to Kingswell. 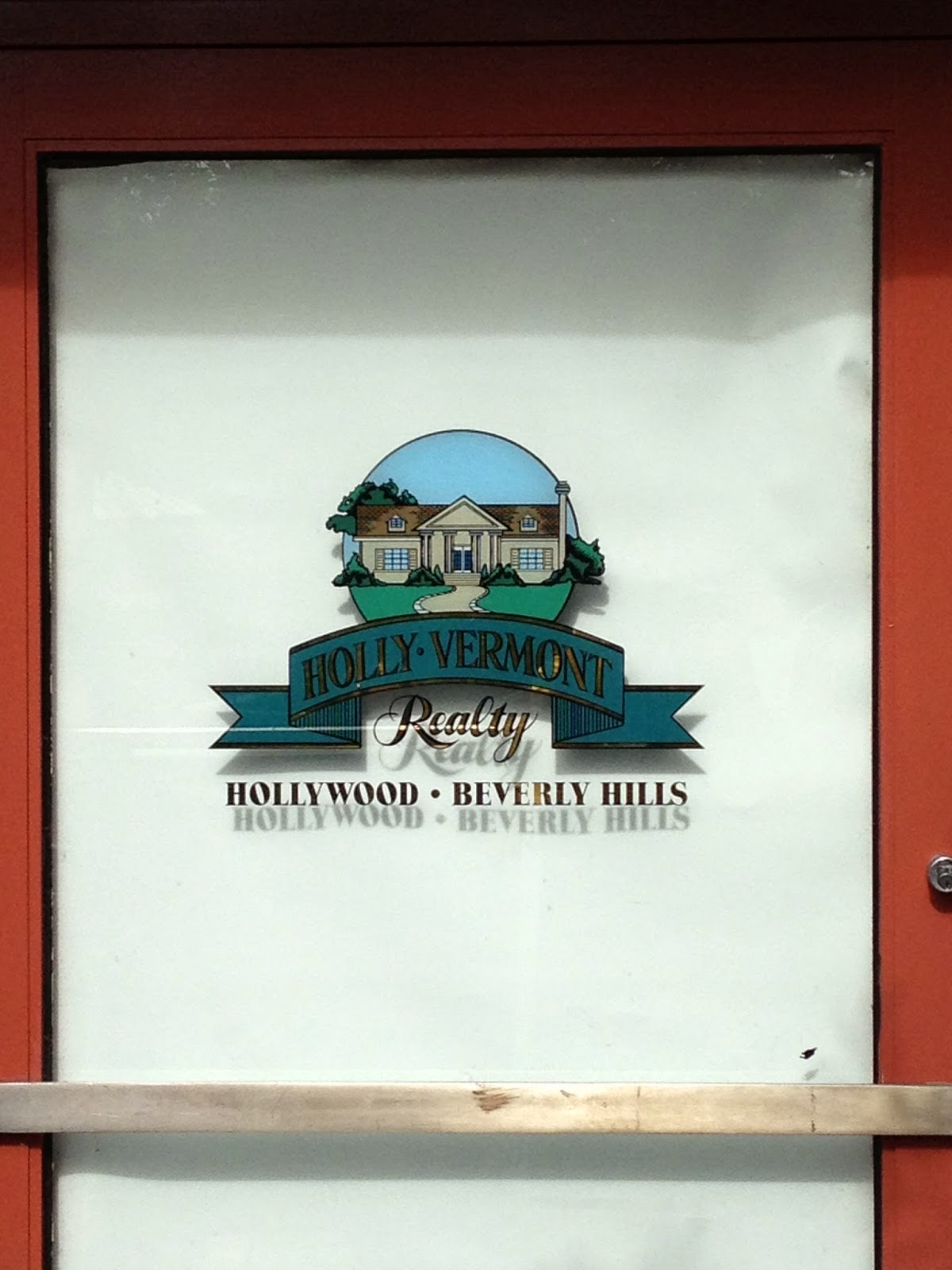 A similar tribute can be found on the Buena Vista Street expansion of Disney California Adventure in Anaheim. The texture of this new area is hip-deep with Disney history references and includes a sly tribute to the Holly-Vermont Realty company. Next time you’re there, look for a Hollymont Property Associates sign, a subtle variation of its DHS cousin. 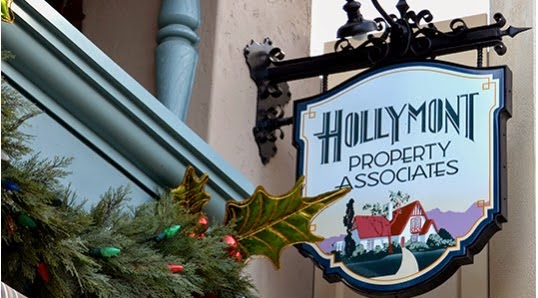 Today, the site on Kingswell Avenue still stands and is a nondescript copy shop. Its owner is aware of the Disney history and has a sign in the window of Mickey’s famous side profile and the label indicates that it’s the home of the Disney studio, 1923 - 1931. The copy shop owner has reason to be proud of the building’s history but nonetheless has taken liberty with the dates. 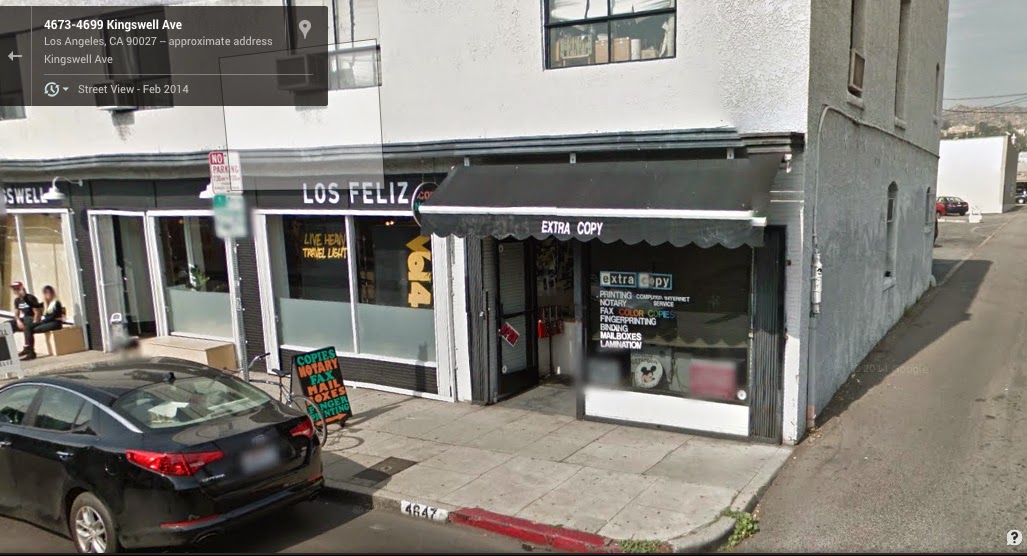 Inside, the owner has photos and newspaper clippings that commemorate Walt and Roy’s new venture, including a photo of a prodigious Ub Iwerks crafting the early Mickey Mouse shorts. Ub was a Kansas City business partner of Walt and joined him again in Los Angeles. Although Mickey didn’t come into existence until 1928 when they worked at Hyperion, Ub worked with Walt on Kingswell on the Alice Comedies. Ub went on to become a visual effects wizard for the Disney company with camera optics.

This story has a fascinating sidebar. It seems that the most interesting American success stories involve startups that began in a garage. Our beloved Spaceship Earth at Epcot briefly plays on this theme when discussing the personal tech revolution - “The solution comes in of all places, a garage in California. Young people with a passion for shaping the future put the power of the computer in everyone's hands.” Cadillac recently featured a promotion highlighting famous garages in history, which included the simple, detached unit owned by Uncle Robert. Robert’s ranch house is still there on Kingswell, but the garage has been relocated to the Garden Grove (California) Historical Society, where Disney fans can experience it first-hand.
Posted by Unknown at 8:05 PM